Pluto in Capricorn; Education: What is it worth? 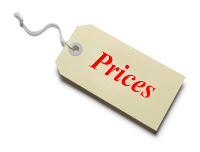 In the two and half years since Pluto officially moved into Capricorn there has been an undercurrent that really speaks to this powerful astrological influence. What are things worth? Not superficially, but REALLY worth. When we were first blasted with this cold question was when the stock market crashed in the fall of 2008 and sucked out the economy and jobs. Families looked shell shocked when they saw their retirement collapse and their income resources collapse. Did people put all their eggs in one basket? All that time and energy for a job? Was it worth it to our families? The towns we chose to live did it really resonate with us? Why were we there and was it really worth it?

As we continue to slog through Pluto in Capricorn which will be with us for the next fifteen years, we will continue to ask, "What it is worth?" And one area that is RIPE for inspection is ANYTHING with pretense. From things as banal as, "I know it is expensive, but it is a really great restaurant and hard to get into." Really? is it that great? Is it really that big a deal? And is it worth the money? To subjects much more important such as health care and ...drum roll.... education.

This morning I felt like staying cozy in bed and poking around on TV and I ended up on CNN. I was watching Fareed Zakaria's GPS show on CNN and one of his guests was the journalist Malcolm Gladwell. Gladwell is one smart dude (who by the way happens to look like a young Brian Grazer (hair and all) and he has taken the topic of college rankings and put them on their ear. It was very interesting.

We all know Harvard, Yale and the other places that are brick with ivy, are high in college rankings. But what Gladwell said was if you take that list and put in one or two components that aren't normally put in the criteria for school rankings, such as...hmm..."What is the pay scale for those graduates when they get out?" And well, that is where things get cuckoo. For example, suddenly BYU and Alabama are ranked higher than the usual cast of characters. Sorry Crimson.

I'm not suggesting that education choices should be based on future income but my point is that looking underneath the pomp and circumstance or pretense of what everyone thinks is great, is PERFECT Pluto in Capricorn.

Take a look at GPS (Fareed's show) and more about Malcolm Gladwell's College Rankings, and remember Pluto in Cap!

I hope to bring more postings about "what are things worth?" in the months to come.
Posted by Tracy at 8:02 AM