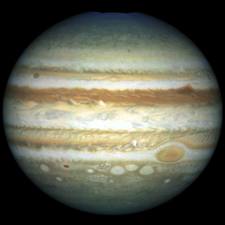 Jupiter has turned itself around and is flying straight.   I gotta tell you as a Sagittarius I woke up and felt Jupiter's shift---immediately.   I'm looking backwards and rethinking some choices.  I'm feeling empowered and confident that I can make needed changes down the road.    In my previous post I put up my own take on Jupiter turn around.

Today I found a really nice write up on Jupiter over at realastrologers and Mars move into Pisces.

Jupiter is waking up, and he’s pretty grumpy. I know how he feels.
As ruler of Sagittarius, Jupiter is said to be in “detriment” in his opposite sign, Gemini. Sagittarius is the seeker who asks the Big Questions in order to find truth with a capital “T.” Gemini is about a lot of information – the more and the more-detailed, the better. For the grand champion of Trivial Pursuit, there’s joy simply in knowing stuff. Better still if it’s trending on Twitter.
Being retrograde in Gemini has been the Big Guy’s worst nightmare. The neurons are firing left and right on information overload, but the left and right sides of the brain aren’t talking to each other. How the hell can you get the big picture if one half can’t or won’t talk to the other?
Apparently, though, Jupiter has been talking to us, and you can listen to himhere. This remarkable recording was made by Thomas Ashcraft, an amateur astronomer in New Mexico. In a post on Space Weather(scroll down about halfway on the page), Aschraft is quoted as saying it felt nice to be bathed in Jupiter’s beams. At the time of his recording, Jupiter was in close conjunction with the Moon – one of the astrological aspects most often associated with good feelings. So, let’s see if I have this right: Planet Jupiter sends radio laser beams to earth that penetrate the bodies of human beings and make them feel good, but there can’t possibly be anything to such a ridiculously superstitious pseudoscience as astrology.
Go to LINK for full article.
Posted by Tracy at 9:51 AM