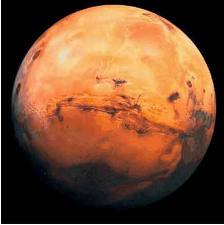 I came across a deftly written article about Mars in the 12 signs by Mandi Lockley on her clever blog Astroair Astrology.

At its core, Mandi accurately points out that while Uranus is transiting Aries we have opportunity to activate or at the very least review our natal Mars.   Aries ruling planet is Mars and with Uranus storming through Aries, lets just say our own Mars will get pushed a bit.  It is a  really a thoughtful read.
If you don’t know where your own Mars is located, you can go to astro.com and find out your natal chart for free.

Mars in Aries
If you have Mars in Aries you have a tendency to be competitive, direct and impatient. You like to take the initiative and lead from the front. Decisions are made impulsively and followed up on quickly, often without considering the consequences. You tend to act on hunches, on intuition and while your actions might seem risky and ill considered to more cautious types, they often pan out quite well! If they don’t, then you tend to have the resilience to bounce back quickly and carry on regardless.
Mars in Aries blends well with the energy of Uranus in Aries. Change is in the air and you are ready to dive in head first embrace it with open arms. Uranus awakens your inner warrior and you’ll be un-phased by any obstacle that stands in your way. You’ll probably be more impatient and excitable than usual, so try not to waste a good opportunity by behaving too recklessly. With lots of excess restless energy to burn, taking regular physical exercise is very important during this transit.
At some point over the next seven years, transiting Uranus will conjunct your natal Mars. While the conjunction is active, the Mars in Aries-Uranus in Aries dynamic described above will become more pronounced. Life is about to get exciting, so go for it!
Mars in Taurus
If you have Mars in Taurus you use your energy very steadily and like to take your time over things. This however, makes for incredible stamina. You really can carry on long ......

Go to link for the rest of her article which is in two parts... Mars in Aries through Virgo...part 1.   Libra through Pisces...part 2.