Prepping for your 2013 Treasure Map 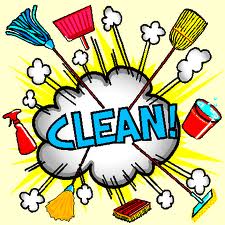 Normally I like to post a reminder about the upcoming Treasure Map on the Capricorn New Moon.  I wasn't able to get it up but at least I'm still getting the reminder up during the waxing capricorn lunar phase.  So, that is good.

Okay so just to remind everyone, the next Treasure Map Moon will be onWednesday April 10 at 5:35am  Eastern time

The 2013 Treasure Map time is three months from now.

As we all know, we take that time to make a Treasure Map, a collage of all the things we want for the new year. Yes, the new year starts in Spring not January.

Anyway, between now and then we take time to clear out clutter and junk. We get rid of stuff that is no longer working in our lives. This includes tangible stuff and non tangible like 'beliefs' "opinions" 'styles" .

We start to clear space so that by the time we get to April 10th we'll be ready to set our course for our future.

For those of you who are still waiting for results for of your 2012 Treasure Map---please know it is still working. I have had years where some of my greatest results did not come until the last couple weeks of the cycle. Don't abandon your 2012 map, just start clearning space for 2012 and don't be surprised if some of 2012 starts to manifest.

Also if you have not looked at your 2012 map lately, pull it out and dust it off.

In the meantime, start to declutter.

By the way, the 2013 Treasure Map is going to be a doozey.  Without going too deep into the astro talk, just let me tell you Mars, the warrior planet, will be all over it.  He means business!
Posted by Tracy at 8:13 PM