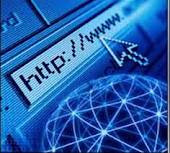 Over at AstrotableTalk I saw Dharmauci's post on Uranus. I thought it was a good read and I encourage you to read the whole post. A pretty smart astro fella.

Uranus has slowed right down, ready to change direction in 2 weeks time, beginning a run-in to an exact square to Pluto next June, the first of 7. When an outer planet slows down, its effect intensifies, and it draws to it the next phase of its influence. Uranus brings instability and crisis.

In the summer I wrote a number of pieces called The Crisis Season part 1, 2 etc. I expected the Crisis Season to end for a while, as Uranus and Pluto separated over the autumn, but it hasn’t, it has got more intense. You start running out of superlatives.

We are living in a kind of limbo, a bit like the ‘phoney war’ in Britain at the start of WWII, when not a lot happened for a while, but huge events threatened. None of the major powers were militarily engaging with Germany. And then she invaded France.

So I think we are all waiting for something to happen. And it will probably be disorderly default, brought about by political paralysis, of one or more major European countries.
Posted by Tracy at 7:40 AM