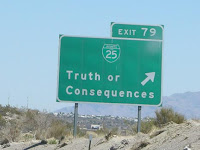 In July, Uranus in Aries got very close to a square with Pluto in Capricorn. The gridlock in Washington spoke to the frustrations as one planet was demanding quick change and another planet was demanding something slow. Revolution versus evolution. Aries takes no hostages and is a warrior on all tasks; Capricorn is cautious and holds on to status quo. They almost squared each other but then they drifted and Uranus went back to the wood shed and whittled. Now on this Sag lunar cycle, Uranus turns direct and begin its journey to a big showdown with Pluto (June and September 2012). Of course, Pluto has been doing his own work in Capricorn and we will feel the tension grow in the coming months. Hypocrites will certainly be exposed more and more. The ramp up begins after December 10th. Personally, consider your life last July, you may be revisiting those underlying issues again in the spring and summer of 2012.

Well, the ramp up is happening early but then I shouldn't be surprised with Sag.

Yesterday a gal came out and talked about her extramarital affair with Herman Cain. Now Cain is apparently rethinking his campaign for presidency.


But far more lame than a politician possibly stepping out on his wife is what came out in Bloomberg Markets Magazine.

First of all you should know that Bloomberg Markets Magazine worked like DOGS using the Freedom of Information act to get to the nitty gritty of what happened in those days before the Stock Market crashed in September of 2008. Along the way, The Fed hit Bloomberg with lawyer after lawyer after lawyer. But they stood their ground and on Sunday they released their findingss. Lordy.

Bloomberg’s fabulous report on the Federal Reserve Bank’s “secret” bailout of U.S. banks is an example of dogged enterprise journalism at its very best. The Fed fought Bloomberg’s Freedom of Information Act requests to get details of its huge loan program all the way to the Supreme Court. But Bloomberg prevailed, and on Sunday night, the news organization published its long-awaited findings, making it abundantly clear just how much the U.S. banking system — and in particular, the six largest banks — benefited from the Fed’s helping hands.

Dogged journalism? This is Sag at its best.

Additionally, from this report we learn a lot of things, including how Hank Paulson who was then Treasury Secretary was supplying insider information to hedge fund big wigs.


Around the conference room table were a dozen or so hedge- fund managers and other Wall Street executives -- at least five of them alumni of Goldman Sachs Group Inc. (GS), of which Paulson was chief executive officer and chairman from 1999 to 2006. In addition to Eton Park founder Eric Mindich, they included such boldface names as Lone Pine Capital LLC founder Stephen Mandel, Dinakar Singh of TPG-Axon Capital Management LP and Daniel Och of Och-Ziff Capital Management Group LLC.

After a perfunctory discussion of the market turmoil, the fund manager says, the discussion turned to Fannie Mae and Freddie Mac. Paulson said he had erred by not punishing Bear Stearns shareholders more severely. The secretary, then 62, went on to describe a possible scenario for placing Fannie and Freddie into “conservatorship” -- a government seizure designed to allow the firms to continue operations despite heavy losses in the mortgage markets.

Stock Wipeout
Paulson explained that under this scenario, the common stock of the two government-sponsored enterprises, or GSEs, would be effectively wiped out. So too would the various classes of preferred stock, he said.

The fund manager says he was shocked that Paulson would furnish such specific information -- to his mind, leaving little doubt that the Treasury Department would carry out the plan. The managers attending the meeting were thus given a choice opportunity to trade on that information.

There’s no evidence that they did so after the meeting; tracking firm-specific short stock sales isn’t possible using public documents.

And law professors say that Paulson himself broke no law by disclosing what amounted to inside information.

He may not have broken the law....but was it right? Right versus wrong, is a Sag discussion.

Wow. And we're just in Crescent phase, what will the quarter moon look like?
Posted by Tracy at 6:18 PM