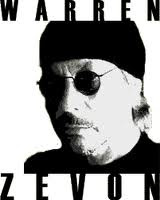 I have spoken a lot about Pluto in Capricorn and the upcoming Uranus in Aries/Pluto square we are beginning to process. As my mind goes to the energy I know we will have a lot of breakthroughs that will later serve but before we get to the good we are going to have a tumultuous time. And I have to say I can't help but think of Warren Zevon. In particular one of his songs. Zevon was an Aquarius and as a tribe they are smart as whip. But I don't think he would have guessed how prescient his song would be for our current time. I just wish he were still alive because if he was, the evening news could end each night with a livee performance by him of "Lawyers, Guns and Money."


In his earthy absence, I offer you this for your enjoyment.
Posted by Tracy at 9:13 AM