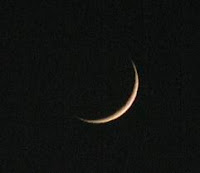 First of all...Happy Chinese New Year! It is year of the water dragon. Hope it is a good year for all of you.

Okay, so let's all prepare ourselves for this Aquarius lunar cycle. I think the key word that you will be saying almost every day is "weird". And with that in mind, let's just cut to the chase and admit we are all weird. If any of us are under any kind of delusion that we are not---well, the next 28 days will prove how weird each of us is. But having said that we will also see that there are like minded people who are part of our group. We just need to embrace our world and realize we are all in it together.

Enjoy this lunar cycle, it is going to be interesting. The whole article is HERE but here is a snippet of my new moon article.

When you wake up on Monday morning, it will feel like a new day. Something will be in the air—perhaps it will feel like electricity. What we do with that electricity is anyone’s guess. I love the light bulbs that light my house and the electricity that fuels my computer but I have also flipped a switch and blown a fuse sending the house into darkness. I have also plugged in something and received a shock. “Ouch,” that too, is Aquarius.

Aquarius is the water bearer. He brings water to the people. He is one of the few astrological signs that is human rather than animal. Water is vital to all humans but it is not just drinking water, water also speaks to thoughts and ideas that nurture man’s brain and intellect. Imagine ancient townsfolk near a watering hole; did they go to the fountain, pour their water into jugs, say nothing and walk home? Unlikely. While at the hole they naturally discussed things going on in the community. “Hey did you hear that there is a new Sheppard in the valley?” “Oh, where is he going to graze his sheep?” Talking and thinking about the community at large is Aquarius. Of course the question is how is that thinking and strategizing good for the group? Or is it just disruptive?

Intellectual pursuits speak to Aquarius but how do we define those areas? Both going bowling with friends on Tuesday night or attending a science convention on Saturday are Aquarius. And people gathering on Facebook is Aqurius. Frankly, you can’t say social media without saying Aquarius.

Aquarians are a rebellious group for sure, they say what is on their mind, they value being iconoclasts, they like their friends but at the same time they value their individuality MORE and they see themselves as rogue or politically incorrect. They are proud of how different they are. Of course, at this stage, “I’m different” is starting to get boring. The internet leveled the playing field on being odd. “Thank you, Youtube.”

During this cycle we need to find a way to harness our individuality, full of skills, charms and talents that make us unique from others. But at the same time valuing our unusual traits should not be at a sacrifice of cutting ourselves off from our world and community. There is no separating ourselves because people don’t understand us. Unless you are completely speaking a different language than the community around you, I promise you there are people who ‘get’ you. But you need to reach out. And if you don’t see it, the next 28 days will have you understanding the value of being connected to a greater world that is on par with your intellectually . Your world is bigger than your realize and this cycle you’re going to see it.

In the US there is a great love for Aquarian energy because the chart for America has Moon in Aquarius—No surprise that America was born from a lot of visionary thinkers. However, let’s remember the founding fathers were also rebels. And not all rebels are as sensible as George Washington. For example, there is David Koresh. Koresh was a Leo with Moon in Aquarius, who took on the Federal government, saw himself as a messiah and filled a compound in Waco Texas with multiple wives and children then died in a firestorm. Ah, the conundrum of Aquarius, is the energy brilliant or misguided? Watch what brilliant ideas come up for you. And then get some feedback from people you respect and ask them what they think of your idea. And listen to them. Just like your ancient ancestors did around the watering hole. Share, listen to other ideas, process and see how they can make sense to improve your world. And by the way, if everyone says you are off---you may need to retool your great idea.
Posted by Tracy at 4:34 PM