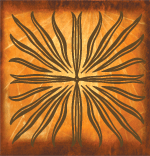 I wanted to remind everyone that Mountain Astrologer magazine (which I love) also has a companion website with some really wonderful contributors. Currently, there is a terrific piece written by Eric Francis entitled "Scratch Some Virgo, Find Some Pisces". As we all know (painfully) Mars is retrograde in Virgo where it will stay until July and then we have Neptune's move into Pisces next week for a dozen years. Eric's point about the teeter totter effect between these two signs could not be more timely. Here is a snippet, do yourself a favor and read the whole piece.

The last all-Virgo Mars retrograde was the famous one that took place in early 1965, famous in my mind, anyway, because Mars passed through the Uranus-Pluto conjunction. Doing so, it stirred up a lot of collective energy, helping spark what we think of as the 1960s. That conjunction, which happens less than once per century, combined the revolutionary power of Uranus with the evolutionary power of Pluto and set many things in motion.

In January, Lyndon Johnson made his “Great Society” speech. Two months later, he sent the first combat troops to Vietnam. The Civil Rights movement was on fire in Alabama, where James J. Reeb, a Unitarian Universalist minister was beaten to death. In April, the first anti-Vietnam War march, organized by Students for a Democratic Society (SDS), drew 25,000 people, which was just the first of many impressive antiwar protests that year.

In May 40 men burned their draft cards at the University of California at Berkeley, and marched a coffin to the local Draft Board. Good thing, too. By July, Johnson nearly doubled both the ground troop count in Vietnam and the number of men drafted. (He also signed the Social Security Act of 1965, which provided for Medicaid and Medicare).

Births from this specific era of 1965 include Trent Reznor, Robert Downey, Jr., Eric Cantor and Sarah Jessica Parker. A piece of timeless artwork that manifested in this moment was the recording A Love Supreme by John Coltrane.

We are now having another all-Virgo Mars retrograde. What is interesting is that we are once again in a potent Uranus-Pluto phase — the square. This is the first Uranus-Pluto quadrature (90-degree type) aspect since the ’60s, and it’s pretty easy to feel the resonance between our era and that one. This retrograde will awaken Uranus and Pluto in the natal charts of many people born in the ’60s. It’s fair to say that for a while, the world will feel a little more like home to ’60s babies — though this isn’t just about Virgo.

This particular Mars retrograde also arrives with a Pisces awakening. At the moment, Venus and Chiron are in Pisces. Neptune is about to arrive, which will shift the story of the world, and allow the realm of imagination to be more tangible and accessible. When the question is one of method, we find a counterpart in purpose in its counterpart energy, Pisces. When it’s one of proof (in Virgo) we have a matter of faith (in Pisces).
Posted by Tracy at 8:33 AM