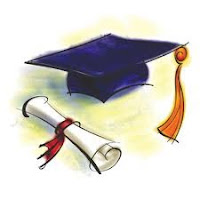 I heard something today on NPR that was so Aquarius. It is intellectual, it is cyber, it speaks to community, it shares and it is free.

I was kind of blown away.

Last year, Stanford University computer science professor Sebastian Thrun — also known as the fellow who helped build Google's self-driving car — got together with a small group of Stanford colleagues and they impulsively decided to open their classes to the world.

They would allow anyone, anywhere to attend online, take quizzes, ask questions and even get grades for free. They made the announcement with almost no fanfare by sending out a single email to a professional group.

"Within hours, we had 5,000 students signed up," Thrun says. "That was on a Saturday morning. On Sunday night, we had 10,000 students. And Monday morning, Stanford — who we didn't really inform — learned about this and we had a number of meetings."

You can only imagine what those meetings must have been like, with professors telling the school they wanted to teach free, graded online classes for which students could receive a certificate of completion. And, oh by the way, tens of thousands have already signed up to participate