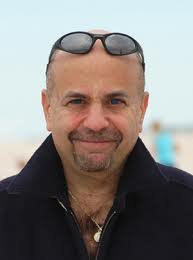 If you haven't been over to Michael Lutin's sight (Love him!) recently, I encourage you to poke around.  As always, he is humorous and so insightful.   Besides the funny and heavy stuff he says about our current melodrama with Uranus and Pluto, he put up an interesting post about November's General Election.     Here is a snippet:   Go HERE for the whole write up.

There's one thing we can predict with certainty: No final predictions
should be made. November 6, 2012 will turn out to be one of the craziest and most surprising moments the United States has seen in a long, long time. And we have had some wacky ones. Nixon's aberrant antics, Clinton's little boy- I-did-not-have-sex, Bush's "mission accomplished" boobery,
and even Obama's inspiring gibberish.
But the biggest one yet is to come on Election Day 2012.
By now most lay people have heard about the celestial phenomenon known as Mercury retrograde. Occurring three times a year, Mercury appears to be moving backwards through the heavens, due to its relative position to he Sun from the Earth's point of view. Like everything else in life, it's just another illusion, but it has some astrology aficionados trembling in their booties.
They refuse to sign documents, make major purchases,
and sometimes even closing their doors till it's over.
It's not difficult to understand why. There's a lot of truth in it.
Mercury retrograde is a perfect time to bring people from the past back into your life, even temporarily. It gives you a chance to renew old contacts and associations,
review all contracts and proposals, and dig around to get as much
information as you can before making any life-changing decisions.
Posted by Tracy at 8:16 AM