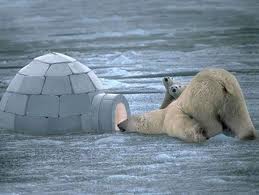 When is the last time you peeked over at Michael Lutin's site?  A whole lotta of interesting good stuff going on (as always)----

To say that things have been a little screwed up lately is a colossal understatement. Believe it or not,
maybe the fog is beginning to clear. You have to understand that during a transition as huge as the one currently taking place in your life (another understatement), there is bound to be loads of chaos and anxiety, especially for anyone whose earlier life and childhood have been filled with disruption and uncertainty. That's one reason we have seen some individuals publicly acting bananas and going mental. They are actually portraying the zeitgeist--the pervasive feeling of the moment.

This week's Full Moon developments, although they may seem small and insignificant, will reveal the slow, and I mean slow, return to normalcy. Now wait one sec. Normalcy? Don't expect anything to go back the way things were.
THAT IS OVER.

Too much garbage has been dumped into the water that just passed under the bridge for things ever to go back to the way they were. But as you start sifting through the events of the last few months, you will see that no way can you just drive through a car wash......

Go to his site for the rest of the article.   He makes it very personal!