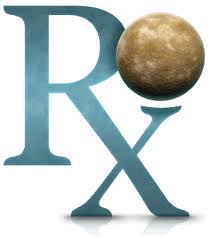 Yesterday I got an email from astrologer Ted Phillips, whose link you find HERE and I asked him for permission to repost on my blog and he graciously said yes.  Thank you, Ted.
At the New Moon I had told you we had two big retrogrades this week and I reminded you again earlier this week, but sometimes it is nice to get other point of views.    I think Teddy said some smart things here.      You can sign up for his newsletters through his website on the link.   Which I would suggest.

On Friday, July 13th, the planet Uranus turns stationary retrograde at 08 degrees and 32 minutes in the sign of Aries. Uranus' retrograde cycle will last until November 13th. As Uranus remains in a close square to Pluto in Capricorn, this highlights the theme of change, letting go of the old ways of doing things, and moving forward in a new direction. There is a stronger urge for independence and expressing your individuality.

Around the New Moon on July 18th, the planet Mars in Libra forms a T-square configuration with Uranus in Aries and Pluto in Capricorn. This occurs with Mars opposing Uranus and square Pluto at the same time. This is also referred to as a "cardinal T-square" because of the signs involved. The cardinal signs are action oriented, ambitious, and are driven to get things done and accomplished. This will be the theme for next week. It may also be a trigger for some changes to occur in your personal relationships. Remember to stay balanced and keep the peace in your relations with others.

On a mundane level, this planetary configuration will probably bring more geopolitical tensions with countries and could escalate disputes. It may cause situations to erupt and even potential military actions. It could be a trigger for unexpected surprises and bring increased volatility in financial markets.

Mercury's transit through Leo which began on June 25th and lasts through Sept. 1st, brings more of a mental outlook towards having fun, recreation, romance, and expressing creativity. It can also increase the tendency to become too self absorbed. Remember to compromise and see other's point of view as you enjoy the Summer season.

On July 21st, Jupiter in Gemini will sextile Uranus in Aries. This is a favorable cycle of opportunity. New doors could open up for you. However, it's important to network, socialize, and communicate with others in your community to express the potential of this planetary cycle.