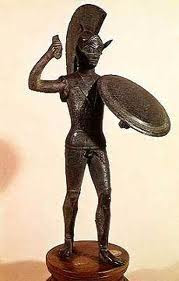 Mars entered Cancer yesterday. I spoke about the Mars Oppose Pluto on the New moon Chart. Pluto is about empowerment and power. It is NOT interested in fluff and light. Pluto in Capricorn is power in business. For the last eight days which includes the days before new moon, the stock market has tumbled. Losses every day. Clearly investors are trying to find something sound and real. On August 11 the opposition between Mars and Pluto will be exact. I anticipate problems building until that date. Perhaps the fever wil break on the 12th?

On the New Moon chart the opposition was still when Mars was in Gemini and in that position Mars does not put importance on what is "real". Gemini is more about the discourse. Let's talk something to death is Mars in Gemini. The tension between Pluto and Mars is probably part and parcel with the stock sell off. However, yesterday Mars went into Cancer and it is a different tone and day. Our actions have left our brains and gone to our emotions. As of this morning the stock market went into massive volatility (over 300 points down) The velocity of our days and our emotions will intensify greatly. That is an understatement with Mars in a cardinal sign especially Cancer.

I am also reminded of Jupiter squaring the New Moon. Jupiter is all INTERNATIONAl and the fact is that a lot of the issues on Wall Street have to do with Europe. At the same time gold (which is Leo) did rise a lot of late which also could be Jupiter's largess. Especially if international countries are buying the metal. Which is evidentally the case with South Korea.

Of course, Ray Merriman has his own brilliant take on Mars in Cancer.


But in terms of markets, this next week is potentially very critical. Of most importance (in my view) is transiting Mars entering Cancer on August 3. It will immediately conjunct the USA’s natal Venus and Jupiter, the Federal Reserve Board’s natal Pluto (opposition to its natal Sun), and President Obama’s natal Venus. And during this same period next week, Obama will celebrate (or curse) his 50th birthday on August 4. Mars entering any cardinal sign is a big deal for Financial and Mundane Astrologers. Many financial markets - especially those related to the interest-rates (Treasuries, currencies) - are most vulnerable to reversals. Its history implies a sudden and major change in investor sentiment regarding markets, for one week later Mars will then form a T-square with Uranus and Pluto (August 8-10). They are now within only one degree of a square to one another. It may not be easy being a leader in government, banking, and business, pivoting so suddenly, and probably in a self-serving manner by which they hope to deflect any criticism. It’s going to get extremely emotional, so try your best to act like “the adult in the room” wherever you are. You’re likely to see some very immature behaviors exhibited, like “tantrums.”
Posted by Tracy at 9:39 AM