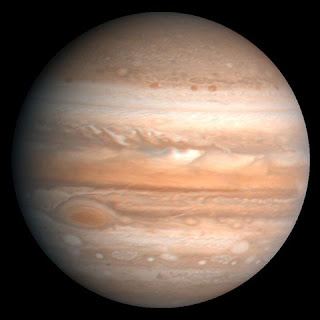 Many apologies for not getting this up this weekend. It was MLK three day holiday here in the states and I took the opportunity to clean some crazy closets in my house and I could not make it to my computer without a hand grenade. You know how it is when you pull everything out of closets! What a mess.

Anyway, on Sunday Jupiter moved into Pisces. For those of you who missed my New Moon article I will re post here what I wrote about Jupiter's move into Pisces. I will note one thing that there were ten people rescued yesterday out of Haiti which lines up to my suggestion that we should expect some miracles with Jupiter. Fwiw--I posted the article the day before the Earthquake.


WASHINGTON — Search and rescue teams from the United States on Sunday pulled a record 10 people alive from the rubble of quake-struck Port-au-Prince, according to the US Agency for International Development.
"According to rescue officials, this is the largest number of rescues in a single day in decades of earthquake search and rescue efforts," USAID said on Monday.

While all this Capricorn energy is going on---Jupiter will make its annual move from one sign into another. In this case after a year in Aquarius, Jupiter is moving into Pisces on January 17 which is still New Moon. Like Mercury turning direct on New, this is a very auspicious move. I would venture that we are all going to be keen on the spiritual or religious component of our life this lunar phase. Perhaps a lot of us will note that there is a big hole where there should be spirit.

The last time Jupiter was in Pisces was 1998-1999 and we can all look back to those diaries for a little insight. What we do know is that Jupiter is grand and big and it is expanding humanitarian and spiritual interests in the sign Pisces. Jupiter is also the judge so if we see some religion zealots going nuts we’ll be inclined to call them on it. Meditation and mysticism will draw large numbers but again, everything had better be on the up and up. On Feb 6 (Balsamic) Jupiter will make a nice aspect with Pluto. Something foreign like a person or idea, or concept could come into our world and bring something positive and practical. Perhaps it is directly related to the goals we set on New Moon. Or maybe we just get a much needed boost of confidence. We should not be surprised if we see something amazing if not a pure MIRACLE take place in and around that week in the news.

Personally, where you have Pisces in your chart will determine what energy Jupiter brings into your life. Pisces on the 3rd house? Expect some big stuff with siblings or neighbors or your communication in general. Pisces on the 5th house, love affairs and play, entertainment will be grand and fun. But of course not everything is at it seems when it comes to Pisces. There can be disillusionment and at the very least a highly evolved imagination. So, watch the bigness and make sure self deception is not in the mix. You can find you’re your own chart by going here http://www.astro.com/cgi/genchart.cgi