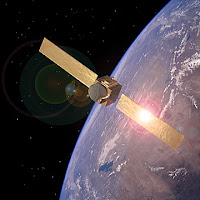 As we wrap up this week, I don't think we can overstate that it by defining it as strange and unsettling.

As of this writing (4:30pm PST) --
The Stock Market had its worst week since March of 2009. Just today it dropped another 216. and the commodities like oil went down. Is anyone surprised given we had the 2nd square between Saturn/Pluto? No. I don't make any claims to be a financial astrologer, but I know some basics and god knows it never felt to me that this would be an UP week. Ii get tired of hearing the sounds of my own voice so I decided to go looking for another voice for you guys. Here is Wall Weather which covers this topic.

Ben Bernake the Chairman of the Fed is officially looking like he might be out. Some are blaming the election in MA, perhaps. But from my perspective the astrological chart of the Federal Reserve is on life support. Several times I posted about the issues going on and Pluto is certainly in the mix. For more on this you can read (Handsome) Ted Phillip's article or Ray Merriman

And late this afternoon the UK raised their Terror Alert from substantial to severe.
This is a pretty sanguine group and I have to ask...."what's going on?"

More will be revealed on all these topics but just a reminder, in year when we have this much cardinal energy we should expect action in all kinds of ways...some of it great some of it not so great.

btw--more people have been found alive in the Haiti rubble ten days after the quake. Miracles do happen.
Posted by Tracy at 4:26 PM