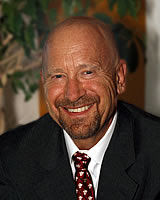 I was just poking around on Lynn Hayes site where I mentioned in a thread an article by Ray Merriman that I really enjoyed.
This got me thinking that if there are some of you who do not regularly check in with Ray then you are missing some valuable info. Make 2010 your year to check his cycles report. FIND HERE

Here's a snippet from this week:


Longer-Term Thoughts
What kind of year will 2010 be? My initial thoughts are that 2010 will be “The Year of Extremism.”
We are going through something astrologically that we have not been through in our lifetime. The closest we have come to what we will experience in 2010 is perhaps 1965-66 and 1930-31. In 1965-66, we made it through the Uranus-Pluto conjunction in opposition to Saturn. It was a time of fervent revolutionary thought that had the potential to overthrow existing governmental structures. In 1930-31, we were in the middle of the previous Cardinal Climax involving Saturn, Uranus, and Pluto in a cardinal T-square, similar to what is transpiring this year (late 2009 through early 2011). That was a period when the world financial system had a meltdown. It ushered in the Great Depression, and led to a revolutionary new direction in many world governments, including the United States.
But 2010 has something extra going on. Not only are Saturn, Uranus, and Pluto in hard aspects again to one another, but Jupiter and Uranus will be moving back and forth between Pisces and Aries in this hard aspect formation Pisces and Aries are the end and beginning of the zodiac, and this dance begins in May 2010 and last through early 2011.

Go to link for more.